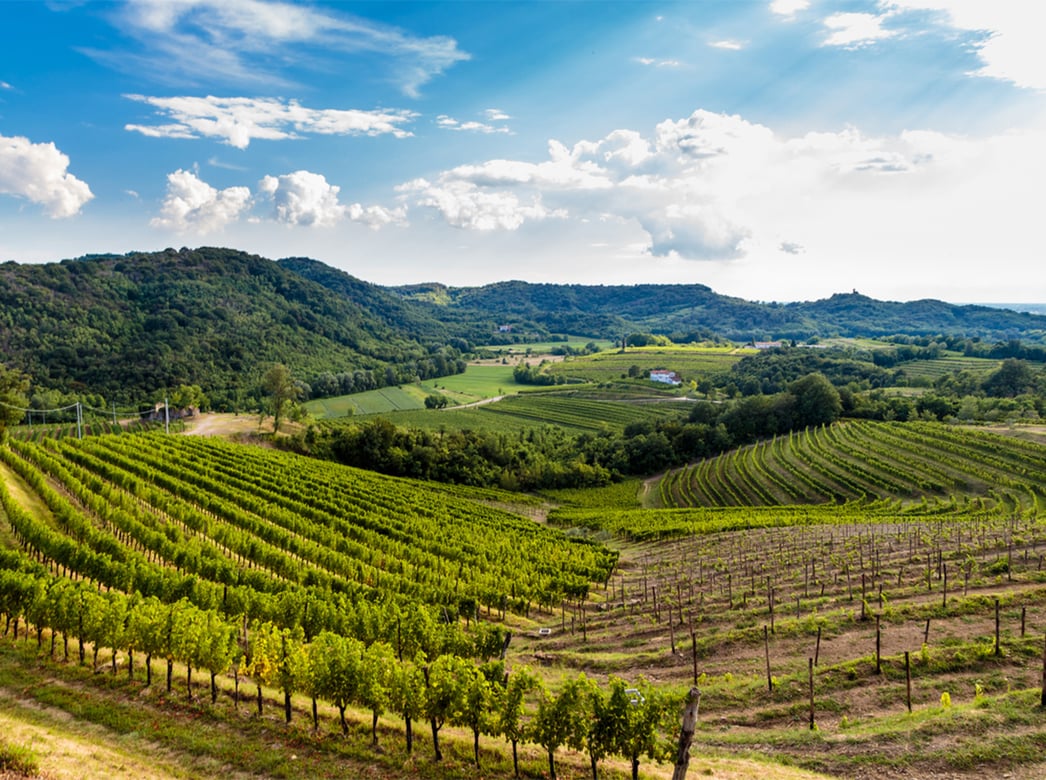 Everything You Need to Know About Friuli

Regional diversity is one of the many reasons why Italy is so great. In the realms of food and wine, Italy truly does it all. And when it comes to special bottlings, looking to Italy’s ‘outer borough’ regions is definitely worth the trek. Here, we’re taking you on a journey through Friuli, Italy’s northeasternmost province, known for good eats, great vino, and a unique meshing of multicultural influence.

A Bit of Friulian History

Friuli, otherwise known as Friuli-Venezia Giulia, is no stranger to foreign influence. Prior to what is now modern day Italy, the region was once part of the Venetian Republic, some of which lay under Austro-Hungarian control. During the Middle Ages, Friuli’s strategic location made it a crucial stop along the Mediterranean spice route, bringing an abundance of cultural influences to the region. This route also gave way to the planting of the area’s first vines, brought over by Macedonian travelers from the east.

Post-phylloxera, winemaking in Friuli saw a pretty substantial halt. In the 1980s, Pinot Grigio’s rise in popularity overseas helped revive regional viticulture. Growers finally began bottling their own fruit rather than selling off grapes to local co-ops, destined for mass-produced swill. Today, Friuli’s strong Slavic and Germanic influences are still reflected within many bottles produced. Over 60% of the region’s wine production is white.

Friuli shares its borders with Veneto to the west, Slovenia to the east, the Adriatic Sea (partially) to the south, and Austria to the north, the latter of which is separated from Friuli by the Alps. Because of this topography, the northern part of the region is dominated by steep, snowy mountain sides, gradually sloping down into flatter plains and seasides. The overall climate is characterized by warm days and cool nights, which provide a long growing season, as well as naturally high acidity within fruit. Soils are extremely varied, from marl and sandstone in the hills, to sandy clays and gravels in the plains. The capital city of Friuli is Trieste.

Most of Friuli’s vineyards are scattered across the southern half of the region, encompassing the major DOCs and DOCGs of the area. In the southeast, the well-known appellation of Collio lies within Gorizia, with some vineyards actually spilling over into Slovenia. Here, cooling sea breezes from the Adriatic help balance both overall climate, as well as sugar/acid ratios in grapes.

The Colli Orientali are found northwest of Collio and are also dominated by white wine production. The appellation itself is split into three sub-districts: Ramandolo, Cialla, and Corno di Rosazzo. Isonzo and Carso are found in the southeastern part of Friuli, sharing borders with Slovenia. In Isonzo, rainfall is higher than the rest of the region, and a more maritime climate exists. Further south, Carso, which sits near the capital city of Trieste, also exhibits a maritime climate, producing a higher percentage of red wine production than other parts of the region.

Over 18 million cases of wine are produced annually in Friuli, over ⅔ of which is white. The most widely planted grape varieties are Pinot Grigio, Merlot, and Friulano. Other common white grapes include Picolit, Verduzzo, Chardonnay, Ribolla Gialla, Malvasia Istriana, and Pinot Bianco, with smatterings of Muller-Thurgau, Traminer, and Sauvignon Blanc.

For reds, the local varieties of Pignolo, Schioppettino (meaning ‘gunshot’-- often referred to as Ribolla Nera), and Refosco are major players, as well as the international varieties of Cabernet Franc, Pinot Nero, and Cabernet Sauvignon. In Collio, Collio Rosso blends are mostly produced from Bordeaux varieties. Almost 40% of Friuli’s red wine vineyards are dedicated to Merlot!

Most wines in Friuli are vinified still and dry, however, dessert wines remain a major player within the region. The most highly esteemed bottlings come from the Picolit variety, defined by its namesake DOCG within Collio, as well as the Verduzzo grape, also designated by its own appellation (Verduzzo di Ramandolo.) Off-dry to sweet bottlings are prevalent within Rosazzo as well, crafted from the Picolit and Pignolo varieties.

Although less common, frizzante and spumante wines are also produced within Friuli. In addition, many regional growers vinify wines via the ‘metodo friulano,’ which involves removing grape juice from the skins almost immediately after pressing, for the sake of preventing oxidation. However, over the last 20 years, skin-contact winemaking has become more popular, causing many of the region’s producers to jump in on the trend. Insider note: Many Friulian bottles depict the word ronco (ronchi, in plural version), which means ‘terraced hillside’ in the local dialect.

Friuli’s best growing sites are found in the southern portion of the region, benefitting from southern exposure (direct sunlight) and cooling sea breezes off of the Adriatic. White wine production dominates the region, heavily influenced by neighboring Austrian, German, and Slavic cultures. Varietal wines are most common, though blends do exist, and sweet wines are still commonly produced within the region.  A slew of local and international varieties are grown within Friuli, though Pinot Grigio, Merlot, and Friulano are the most common. 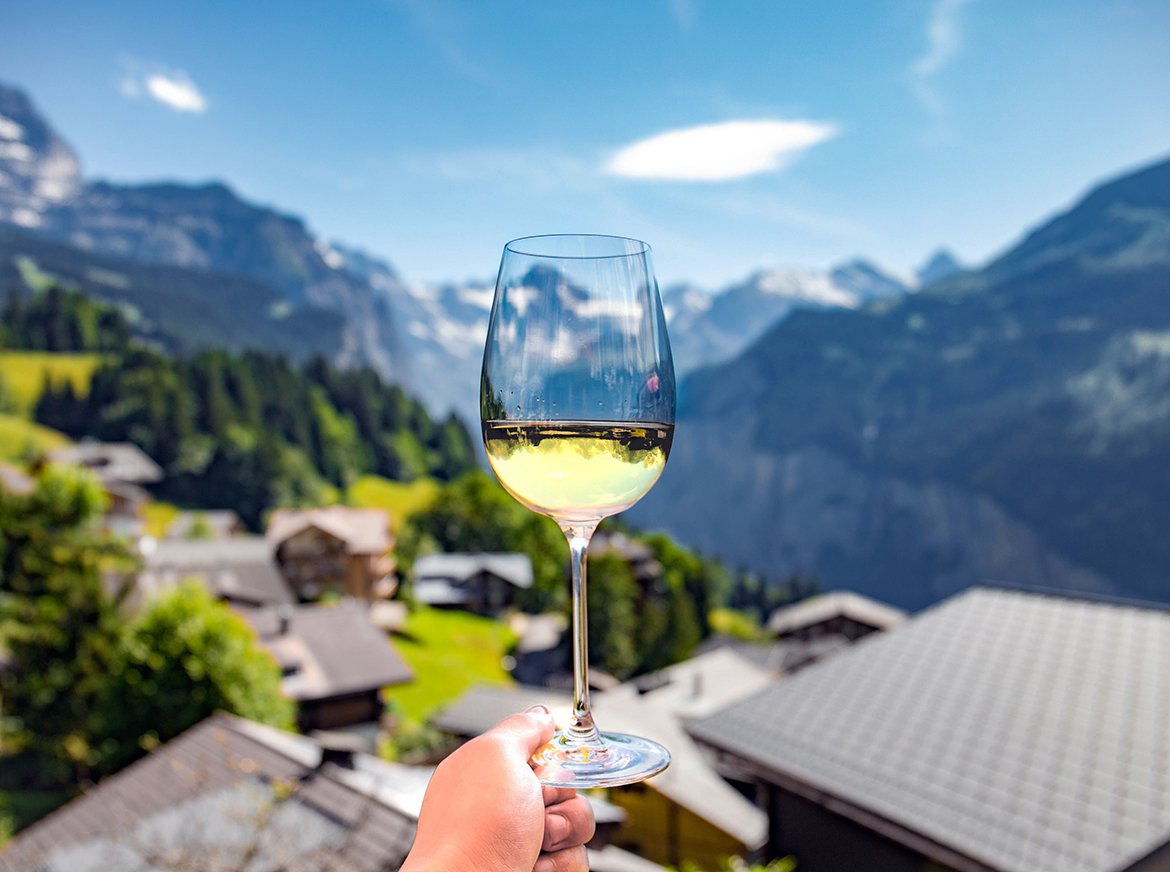